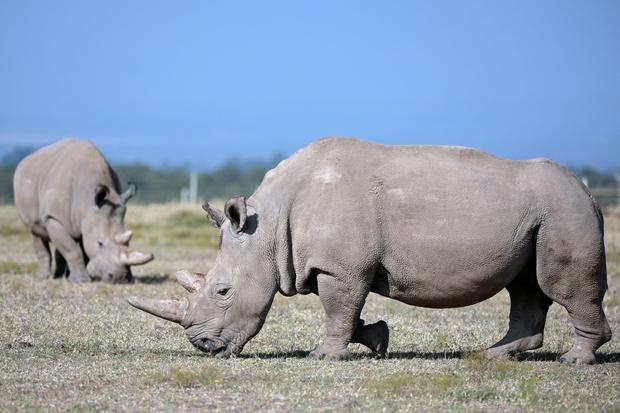 Just two northern white rhinos are left in the world — and both of them are female. Scientists have been desperately trying to bring “the world’s most endangered mammal” back from the brink of extinction for decades, and now they have a new reason to be hopeful.

Researchers from Kenya, the Czech Republic, Germany and Italy said in a press release Wednesday that they have successfully created a third embryo from the rhino sub-species. It is the latest attempt in a collaborative series of breeding efforts that got underway last summer.

In March 2018, the world’s last male northern white rhino, a 45-year-old named Sudan, died from “age-related complications.” His death led researchers to turn their focus to in vitro fertilization techniques using semen they had stored from male rhinos and eggs extracted from the two surviving females, Najin and Fatu.

Mother Najin and daughter Fatu live under 24-hour armed guard in Kenya to protect against poachers. While northern white rhinos used to range over parts of Uganda, Chad, Sudan, the Central African Republic, and the Democratic Republic of the Congo, they are now considered to be extinct in the wild.

“We don’t know how many embryos we will need to achieve a successful birth of a new northern white rhino calf,” said Jan Stejskal, director of international projects at the Dvůr Králové Zoo. “That’s why every embryo is so important and why long-term cooperation between scientists, experts in zoos and conservationists infield is a crucial element if we want to give hope to a species that would otherwise go extinct in few years.”

All five species of rhinos face the same threats: demand on the black market for their horns, and habitat destruction. Conservationists say rhinos are important for the survival of many other species because of the role they play in landscaping their native habitat.

The ultimate goal is to create a herd of at least five animals that could be returned to their natural habit in Africa. But that could take decades.

Now that the procedure has been proven safe and reproducible, scientists say they plan to select a surrogate mother for the embryos from a group of southern white rhinos. Implanting the embryos into Najin or Fatu is too risky due to their health and functionally extinct status.

“We have taken yet another small step along the road of saving the northern white rhino from extinction,” said Richard Vigne, managing director of the Ol Pejeta Conservancy.  “We have a long way to go and success is far from assured, but Kenya continues to play her part at the center of a multi-national collaboration to save this species.  Let us hope for news of a successful northern white pregnancy in the not too distant future.” 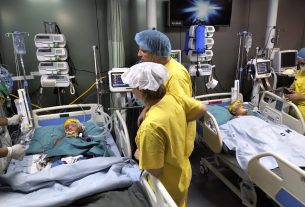 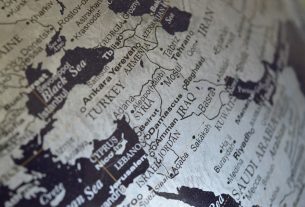 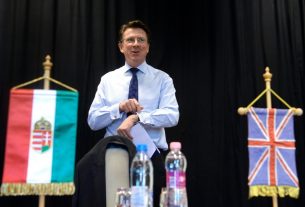