Exclusive red carpet interview with Actor Jason New on the premiere of Midway.

BPH: What is your particular character in the movie? And how did you prepare for your roll?

I play the marine captain in Midway-Island who’s hosting John Ford when he lands. Just getting into my character I was doing the research, I was doing the homework. Learning about the fact that John Ford really shot a documentary on Midway Island under fire was incredible.  He was one of the greatest director of all the time, winning five Academy-awards later.

BPH: How do you remember about the filming of Midway?

Oh, behind the scenes… we were shooting on the North shore of Wahoo and Hawaii. So we were on the location on my particular scenes. Working and rolling was a blast. Lot of stage work was done as well. There were a lot of great crew from Canada, lots of fun people. This is passion! It’s just a creative process from the PA to all the way up to the producer – everybody is important and it’s such a blessing too. Working with these writers, working with these producers was just amazing. I am a big fan of director Roland Emmerich and his films – Godzilla and the Independence Day. I love his style. 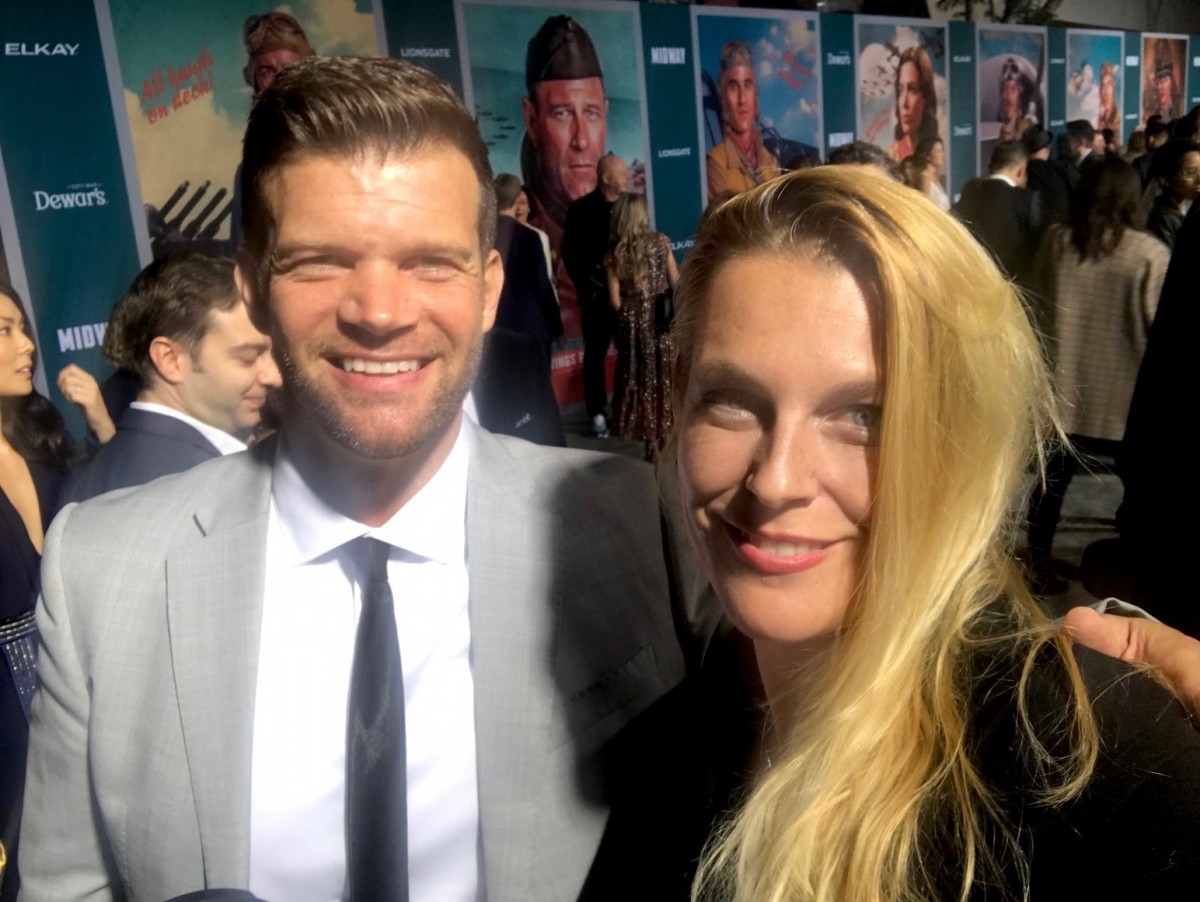 What is the significance of the film?

It was the biggest war of our time, our generation. It was post-Pearl Harbor and there were so many dynimics –  you’ve got Mussolini,  you’ve got Franco, you’ve got Churcill, you’ve got empire of Japan… It would be a very different world today without Midway. Midway was just huge for our freedom today.

Yes, it is interesting to think on the „what ifs…” What if the nazis won the war… What if the Japanese took the mainland…

Yes, there are infinite scenarios… we can use our imagination… but… you know… thank God…!